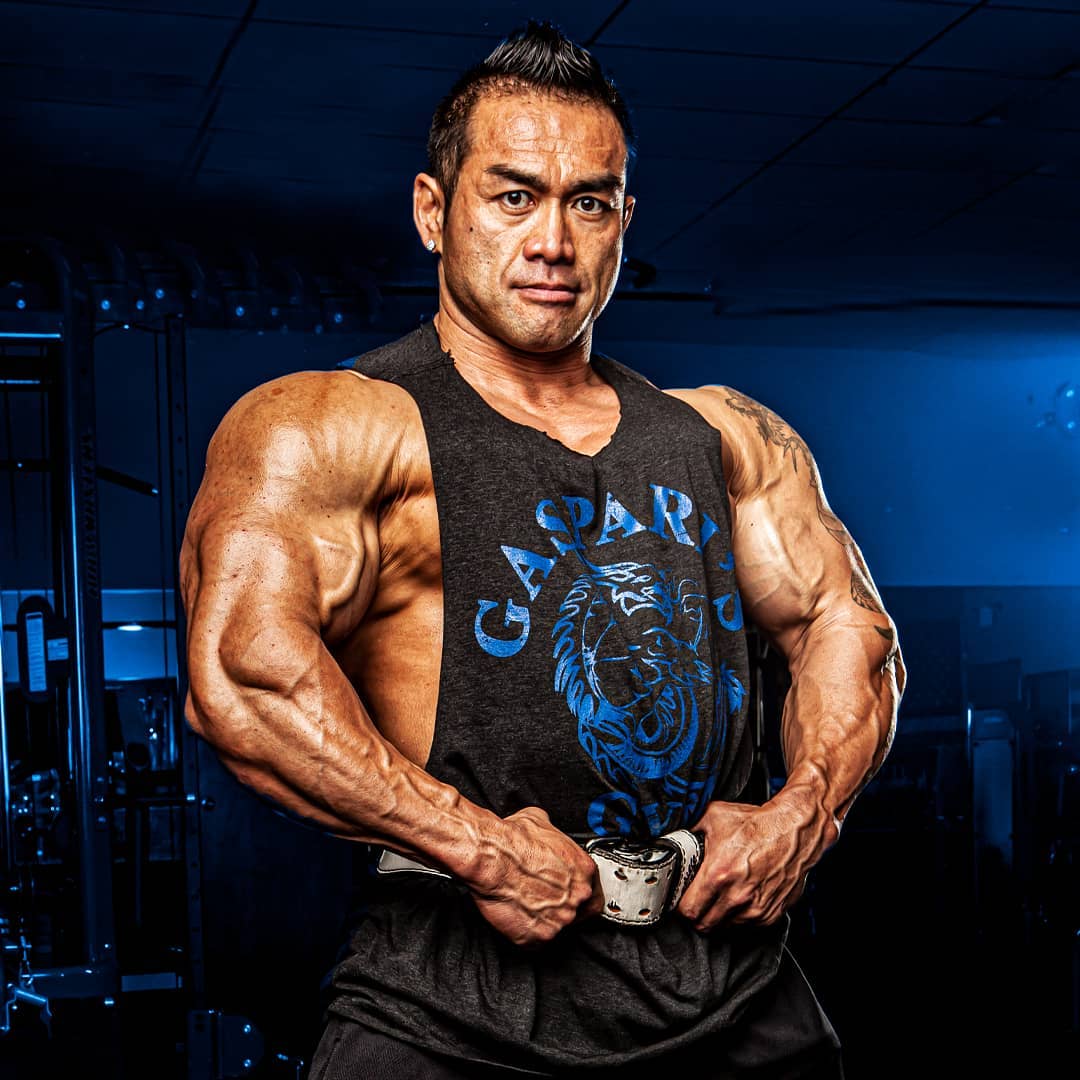 Hidetada ‘Hide’ Yamagishi is a Japanese IFBB professional bodybuilder. In 2007 he became the first Japanese bodybuilder to compete in the Mr. Olympia contest. He was also the first Japanese bodybuilder to have been invited to compete at the Arnold Classic. Hide is one of the most known athletes in the Gaspari team. He has been working with Rich Gaspari for many years now and he’s been representing the brand since its very beginning.

Hidetada Yamagishi was born in Obihiro, Hokkaido. He was a very active kid and played many kinds of sports: soccer, baseball, gymnastics, Syourin Kunfu Black belt, Judo and rugby football. But when he played rugby he finally discovered his passion – barbell and dumbbell. He started lifting weight at high school. Hide was always muscular but really skinny. By the time he graduated from high school, he gained almost 50 lbs of muscle on his 5’7″ frame. When he proceeded to Waseda University in Tokyo he pursued weightlifting seriously.

When he was in Waseda University he decided to start competing as a bodybuilder. He won the national college championships in his second year of serious training. One year later he defended the title. After graduating from university, he kept competing but also he was working as a successful personal trainer. At that time there were not many personal trainers in Japan. Hide initiated the development of the field of personal training in Japan.

Hide had been battling in many shows, not only in Japan but also in the Asian championships and world championships. After he won the first prize in Mr Japan championships in 2001 he decided to take a step forward. At that time no one believed that an Asian or Japanese could be top pro or be the Mr. Olympia contestant. As many people predicted, Hide had trouble to be in the top 15 in just a small show in the first couple of years. But Yamagishi’s philosophy on training has always been an “all or nothing” mentality. For Hide there is no such thing as “impossible”. He was training hard everyday, “and even harder the next day”.

Hide finally got the chance and cracked into top 4 in Holland GrandPrix show in the end of 2006. In 2007 Hide made history. He became the first Japanese to step on Mr. Olympia stage.

Hide was also the very first Japanese who was invited to compete in Arnold Classics. In 2009 he was rising into the top contender as to be runner up in 2 pro shows and 9th place in Mr. Olympia.

Yamagishi appeared in many TV shows, commercials, radio and a number of magazines, including Weekly Playboy, Tarzan and Ironman Japan. The biggest TV show he was in was Japanese version of American Gladiator called “BANG! BANG!! BANG!!!” in 1996. He also released a number of training videos. Now Hidetade Yamagishi lives both in the US and Japan. He holds a degree in Sports Nutrition Science, National Certification in Japan from the NSCA-Japan and National Certification in Japan for Acupuncture Therapy.

In the end of 2019 Hide visited Poland with the CEO of Gaspari Nutrition Rich Gaspari. They both were training with Łukasz Modzelewski, polish IFBB competitor. You can watch their complete back workout on Muscle Power YouTube channel.

I believe that the actions I have taken will give you access to the highest-quality science-based products and sport nutrition supplements, which will stay with you for a long time after you try them for the first time.