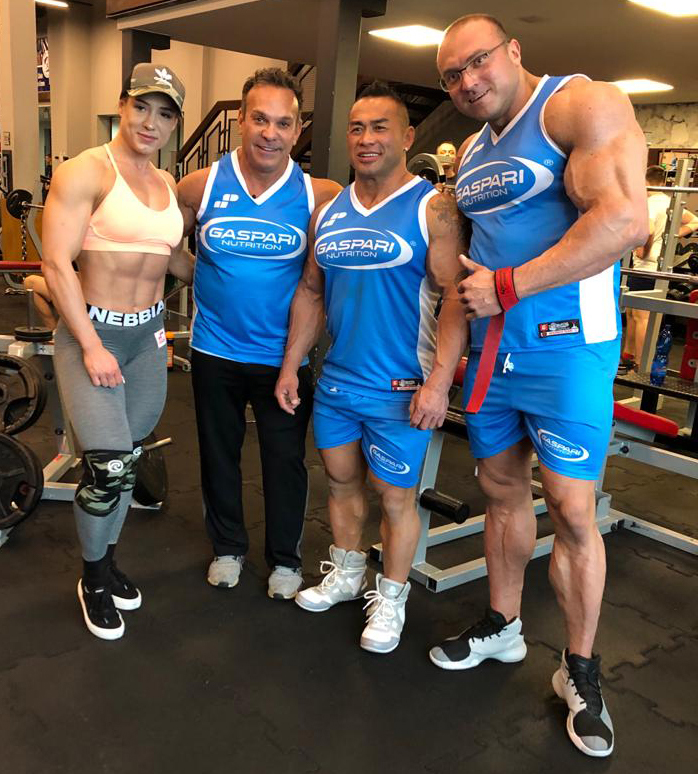 Right after Rich Gaspari regained control over the brand Gaspari Nutrition, he started looking for a convenient location in Central Europe to establish cooperation.

Gaspari Nutrition – from athlete for athletes

Rich Gaspari created his brand Gaspari Nutrition in his garage in New Jersey. Rich Gaspari himself has been involved in the bodybuilding field for more than 30 years. In 1989 he won the very first Arnold Classic. During his career he was awarded with the title of Mr. America (now known as the NPC Nationals), Mr. Universe and Professional Mr. World. Gaspari is also a three-time runner-up for the most prestigious title in professional bodybuilding: Mr. Olympia. From the mid ’80s through the ’90s Rich Gaspari excelled as a top professional bodybuilder. After retiring, he began developing his own sports nutrition products line. Only highest-quality, science-based and effective supplements made his brand one of the most formidable and respected in the world.

Gaspari Nutrition remains true to the principals they started with: Innovation and Proven Results. Gaspari Nutrition set new industry standards and all of their supplements became a benchmark for other products in the same class. Gaspari’s products are built from athlete for athletes. That’s why all of them are reliable and science-based. They use only the highest-quality ingredients and have proven effects. Therefore the brand had conquer american market and became popular worldwide. But they needed one more thing – a reliable partner in Europe, that could help them meet their clients’ needs faster.

What they were looking for was a company located in central Europe, that could be in position to meet demands of the brand known and respected in the whole world. That’s how they came across Muscle Power. Muscle Power is a company located in Poland that has been on the supplement and sports nutrition market for 15 years. In that time they became known for short delivery time, high-quality service and quality of products. Muscle Power has wholesale customers in the whole Europe. As a result, the polish company had many advantages important for Gaspari Nutrition.

Partnership between Gaspari Nutrition and Muscle Power started in April 2019 when owners of both brands signed the contract.

For Gaspari Nutrition it meant that they can finally be closer to their clients, shorten delivery time and eliminate high delivery costs. As a result, clients wouldn’t have to wait weeks for Gaspari products. They finally got access to a complete range of Gaspari Nutrition’s products.

The partnership gave Rich Gaspari the opportunity to visit Europe regularly. He carries out marketing activities in close cooperation with Muscle Power. Additionally, he can take part in fitness trade shows and meet distributors directly. What’s the most important, Gaspari as a brand is able to adjust the offer to clients in Europe and respond rapidly to demands of the European market.

In the end of 2019 Rich visited Poland. He met with the Muscle Power team. You can watch Rich Gaspari and Hidetada Yamagishi working out together with Łukasz Modzelewski. Łukasz Modzelewski is a polish IFBB competitor and bronze medalist in polish bodybuilding championships. Hidetada Yamagishi is one of the most recognized Gaspari athelete. Above all, he was the first Japanese bodybuilder to compete in Arnold Classics. You can read more about him here.

The actions taken by Gaspari Nutrition in cooperation with Muscle Power will give you access to the highest-quality science-based products and sports nutrition supplements. When you try them for the first time, they will stay with you for a long time.

I believe that the actions I have taken will give you access to the highest-quality science-based products and sport nutrition supplements, which will stay with you for a long time after you try them for the first time.